BioFilm- Not All Shower Hoses Are Created Equal

BioFilm- Not All Shower Hoses Are Created Equal 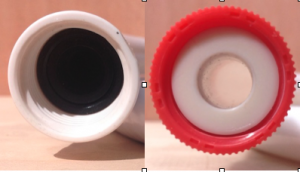 The shower hose is one of the primary areas where biofilm and its associated bacterial load, are most likely to build up in and as such, it is desirable to make the environment within the shower hose as inhospitable to biofilms as possible to discourage its build up.

The ideal environment for the proliferation of bacterial load is warm slow moving or stagnant water with some light to accelerate growth and as such these conditions should be avoided at all costs.

Modern shower hoses should be and often are designed to keep water moving fast and draining well. This is achieved by optimizing the bore size to create a hydraulic vortex which discourages the attachment of biofilm to the hose wall and also by excluding any light that might encourage bacterial growth by the addition of a black internal liner to the hose.

However, not all shower hoses are created equal. Many cheaper shower hoses are cheaper for a reason and are often a result of a compromise in design, materials and ultimately safety. Many of these budget hoses, under the guise of being fully approved, include un optimized bores (slowing down water) no internal liner (letting light in).

A simple test to make sure you have not inadvertently bought a budget biofilm ready shower hose is to hold the shower hose up to a light source and block one end. If you can see light inside the shower hose then it must be passing through the thin unlined translucent hose wall and it will most likely fail any number of the current opacity approval tests. For Example, in the pictures above the unit on the left has a black internal liner, preventing any light transfer and is safe. The budget hose on the right has no liner and consequently has significant light transfer, well in excess of the max 0.02% light transfer. Some suppliers will claim to have Water Bylaws fully approved anti bacterial hoses but if you can see more than 0.02% light transfer through the hose wall then I am afraid you have been misled. These units will NOT pass regulatory scrutiny should you have an infection control incident that can be traced back to the hose.

In conclusion, always install the best shower hose you can and remember Budget and Price are words that one would not normally associate with qualityy, Safety & Reliability